After a little less than thirty minutes by bus from station Groningen you will arrive in Glimmen, exactly in front of the stables. Manege de Bongerd is a four star FNRS stable and is managed by the Family Lameijer.

When you arrive at the stables you go straight through the entrance to enter the canteen. Here we will meet every week to discuss the announcements and to go through the division of the horses. From the canteen you have a nice view of the large inside arena (25x55m). In addition to this arena, there is a slightly smaller arena  (20x40m) and outside there are an additional two arenas (20x40m and 20x60m). Manege de Bongerd also has a large piece of land to ride on outside and a very beautiful nature area around it.

The lessons will be given by Daniëlle Boonstra on Tuesday and Wednesday. She is also the one who has given our jumping lessons so far. They will of course continue as usual on Thursdays from 6:00 pm to 7:00 pm.

We are of course not the only ones to ride at Manege de Bongerd. The riding school has lessons seven days a week and also has a shop for equestrian supplies. In the summer the horses are outside in the meadows, so before the lessons they have to be picked up from there.

Besides the "standard" jumping and dressage lessons, Manege de Bongerd also actively organizes other events. There are often competitions organized for jumping and dressage, but also occasional carrousel or even dress-up competitions. There is also the possibility to get your equestrian certificate & FNRS diploma. They also organise their own trail rides. Enough to do! 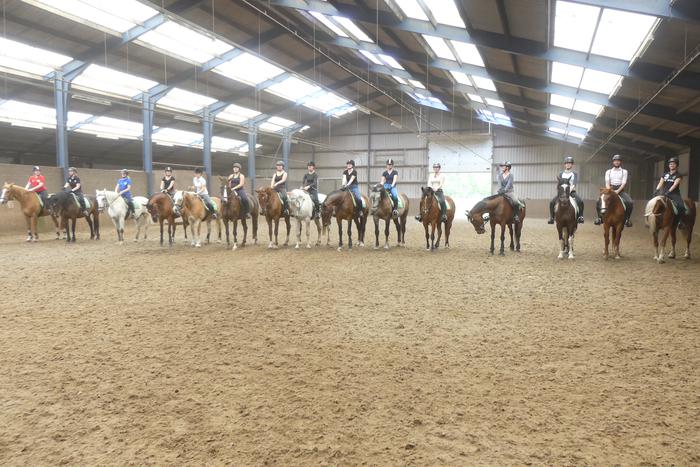 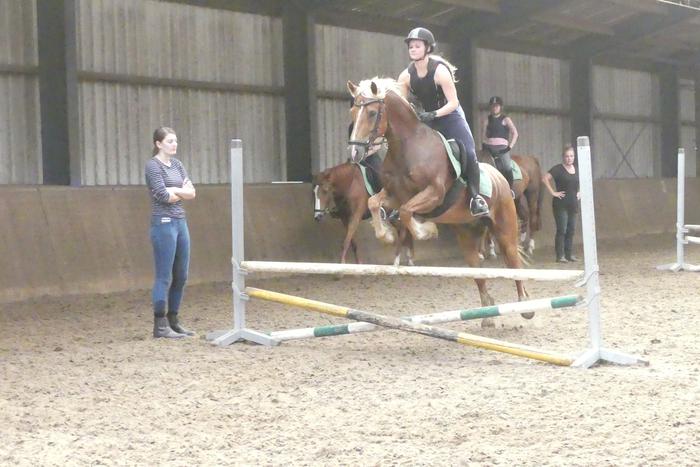