Everybody knows the statue "Peerd van Ome Loeks", the first thing you see when you exit the central station and enter the city is Loeks and his horse. The last thing you see when you go back home is once again Loeks and his horse. The "Peerd van Ome Loeks" is thé symbol of Groningen that everybody in the Netherlands know and will remember after visiting the city. As a board consisting of only people from Groningen we wanted a name which honours our beloved city and shares our values and goals for the year. Board Loeks wants to be the same for Parafrid as the "Peerd van Ome Loeks" is to Groningen. The goal is to promote the association so that it is known across the Netherlands and everybody will remember it. Perhaps on a smaller scale, so a bit more like "Lutje Loeks", for those not speaking Gronings, small Loeks. "Lutje Loeks" is the less known statue of the foal on the Radermarkt, on which our logo is based. The goal of board Loeks is to be know across as many students as possible and make memories in the association that members will keep for the rest of their lives. This way following the example that the "Peerd van Ome Loeks" set, which everybody knows and everybody will remember from their time as a student in Groningen.

Next to this the legend has still different stories. There is no consensus on who Uncle Loeks is exaclty. Most likely is that it was Lucas Hemmen with his racehorse "Appelon". Lucas was already amongst the international top at the age of 25 with as a name of honour, "Ome Loeks". "Ome Loeks" was able to get the best out of his horses and deliver top achievements at a young age. As board Loeks we also want to get the best out of our members and help them reach their own top.

Board Loeks consists of: 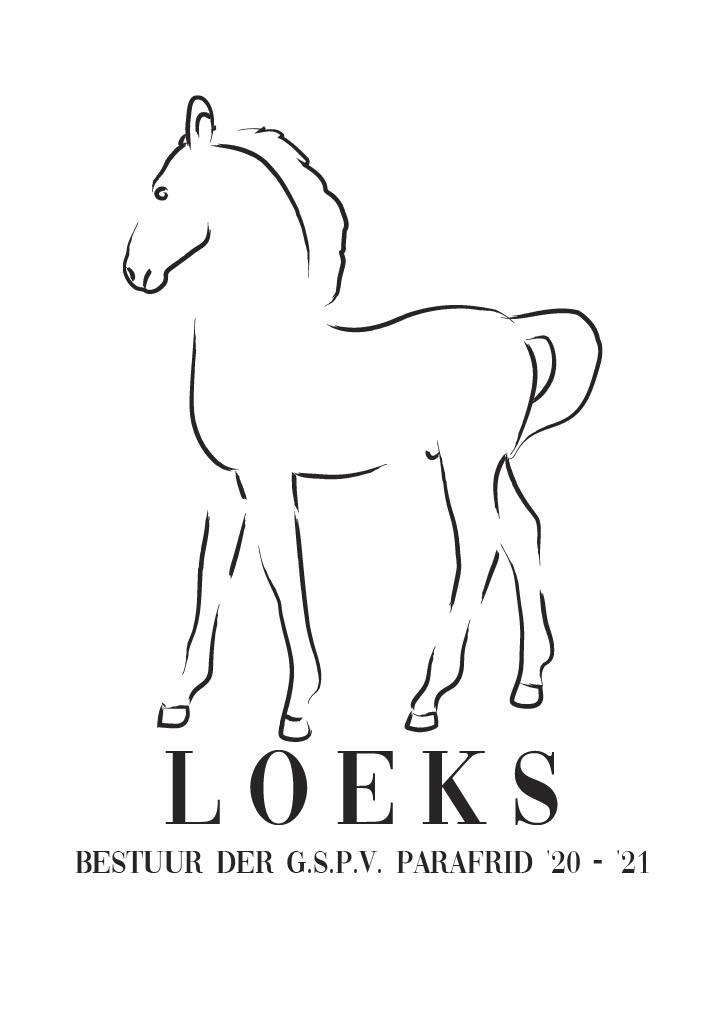 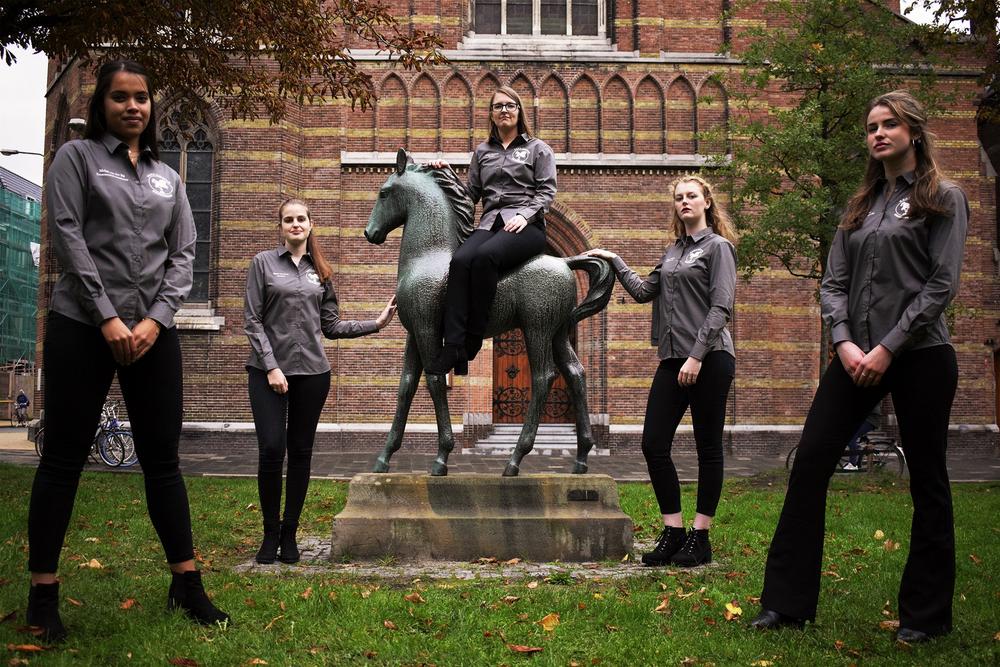