On the 7th of March we traveled to Amsterdam with a group of 9 Parafridders. The stables where the competition was held were in the middle of remodeling, therefore the the entrance was a little hard to find. Once we were inside we could see the wonderful sight of the old ornaments. It is surprising how such an old and beautiful building is a stable. But we weren't here for sightseeing, we were here to compete! We started with jumping, which was a good start of the weekend. It turned out to be two Parafrid finales! Iris Haveman has won the L Jumping, and Anniek de Weerd became second. In the B jumping Merel Hartog had won, and Nathalie Kroeze placed second! Whooo! Parafrid poweeerrrrrr!!!! After this we went on the the preliminary rounds of dressage. Everything except for the Lb preliminary rounds were held on Saturday. In these dressage rounds, only Merel Hartog placed herself for the semi-finals. Sadly she didn't get to ride in the finale. There was some trouble with the sleeping arrangement, as once everyone arrived at the scouting it turned out the promised beds were not there! It was no option to let people sleep on the floor was it? Luckily everyone could arrange a sleeping place very close by. All together, a very successful and fun weekend! On to the next SO! 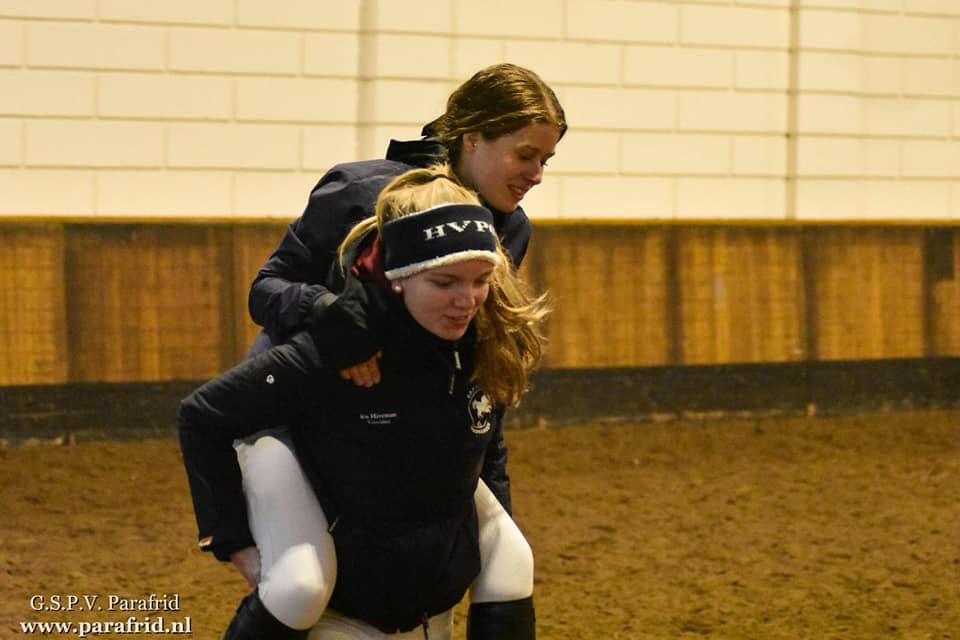 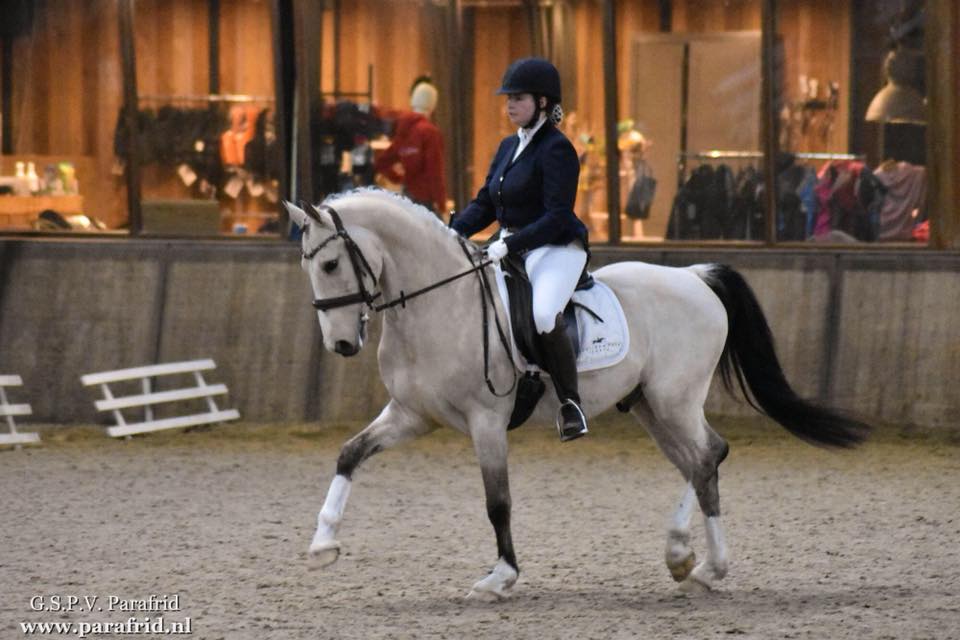 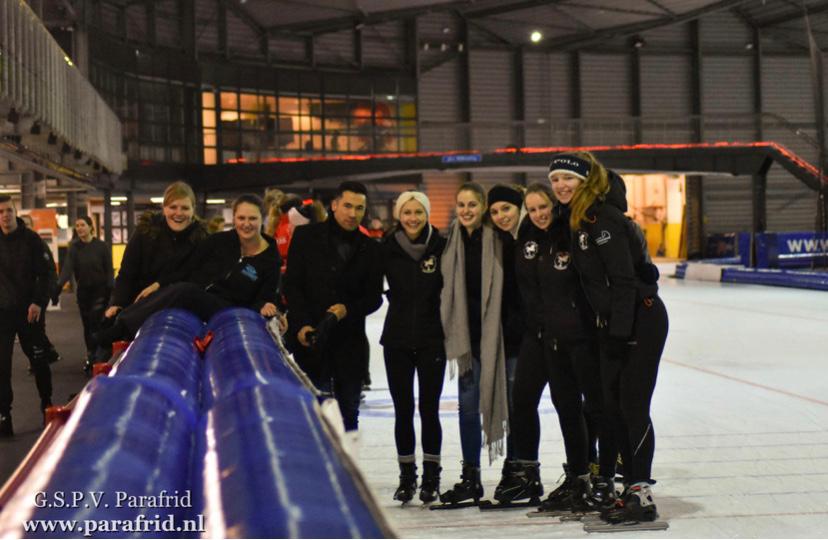